Josh and the team help me to to do more things without my parents. I have needed support to do the things I want to do.

So far, I have received training on how to travel by bus and train.

I have also been supported in volunteering at a dog rescue centre, pet shop and Silverstone. The other things I’ve been helped with are support with the gym, cooking, disco and attending a music club.

My achievements have been great. I’ve managed to get a job, I can get a train to London and use the underground, too. My confidence has gone up and getting in and out of a train is much easier for me now.

My favourite moment was going to a Chelsea football with the rest of the group.

The service has improved my day-to-day life by making me more active, being able to go out on my own more confidently and just generally doing more things than I used to.

Josh is very helpful, kind and friendly. He has helped me to do the things I want to do.

Before I met Josh, I didn’t have much to do at all. I played on my PlayStation a lot of the time. Now I go out all the time and I’m really busy!

The service really helps you to do the things you want to do. Josh is really kind and helpful.

A client of ours.

A compassionate, caring service that provides our son with support for his individual needs and continuing personal development. Our son would rely on me for much of his emotional and practical support.

This is a service that delivers caring support with continuing personal development, at good competitive rates. The service takes responsibility for individual development programs by providing ongoing support, often coordinating any associated necessary work outside of normal support hours.

Their strength is in helping our son to reach his potential at a considerate pace. Importantly he enjoys working with staff and they enjoy working with him.

Reliable, prompt, caring and considerate. The enjoyment our son has derived and the freedom it has given him to pursue his hobbies and interests. Before we employed Josh and his staff our son spent many hours alone after work and left to his own devises.

Since Josh has been caring for him he has developed a whole new social circle outside of work and has the ability to do so much more than he did before. Simple pleasures like going to the cinema, playing tennis, having his hair cut and best of all joining a music club have become everyday events that he could not enjoy before.

More companions than carers, enthusiastic, dedicated and creative, they give support when needed and stand back when not needed, they are also conversant with regulations for those who rely upon disability living allowances. Do not hesitate to get involved, they will provide the one you care for the most with the opportunity to enjoy life to the full.

Honesty and a real interest in the life and needs of the person in their care is of paramount importance and Josh and his staff have proved themselves to be completely trustworthy in every respect. They become actively involved in dedicating their time to helping others who find it hard to help themselves.

Josh has always been very reliable and has totally enhanced Sam’s life by supporting him in work, at a gym and taking him to a social club on Thursdays. It has made Sam very happy and more independent. Sam is more confident and generally has a more fulfilling life.

The two I have dealt with are both very reliable, fun and conscientious. I could not recommend this service more highly. 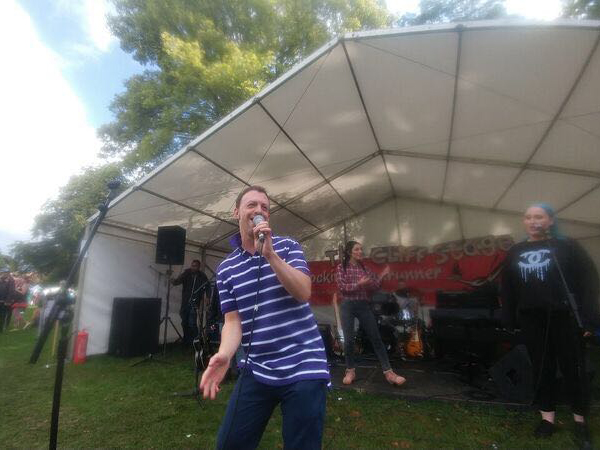 Ben is 30 years old and was diagnosed with William Syndrome. Although when Ben met Josh he already had a work placement, he spent lots of time alone at home.

When Ben and I met, Ben wanted to meet a new circle of friends outside of work, perform on stage, make a music album, learn to cook new foods and become more active.

We supported Ben through attending the performing Room in Northampton twice a week where he was able to socialise and make new friends, sing on stage and play instruments.

Ben took part in the Rockin' Roadrunner Annual Festival performing on stage and is now recording his own EP album! With guidance from us, Ben now plays tennis, badminton and enjoys venturing on long walks.

Ben is supported in cooking a meal at least once a week, including finding new recipes, creating a shopping list, buying the ingredients and following the recipe - his favourite meal is stir fry! 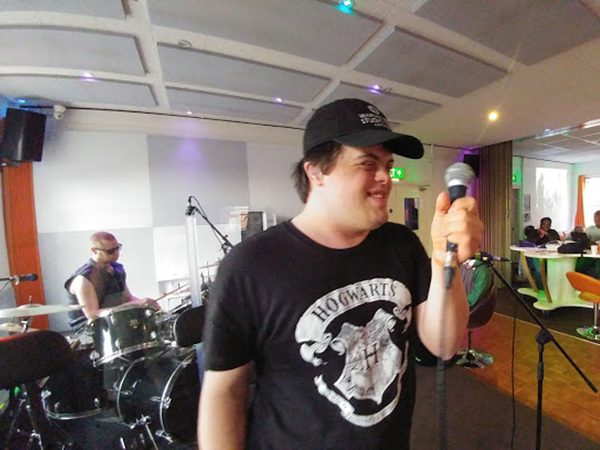 Sam is diagnosed with Down's Syndrome. When we met, Sam was attending a day centre 5 days a week, but wanted to work in a café and increase his levels of exercise.

We enabled Sam to work in the Beehive Café once a week with support, including restocking fridges, cleaning tables, making drinks, serving food and using the till.

Sam has become a valuable member of the team and gets on well with all the staff. Every week, Sam is supported to attend the gym and enjoys a swim session to keep fit. He has also attended the Performing Room where he sings on stage, plays pool and socialises with new friends. 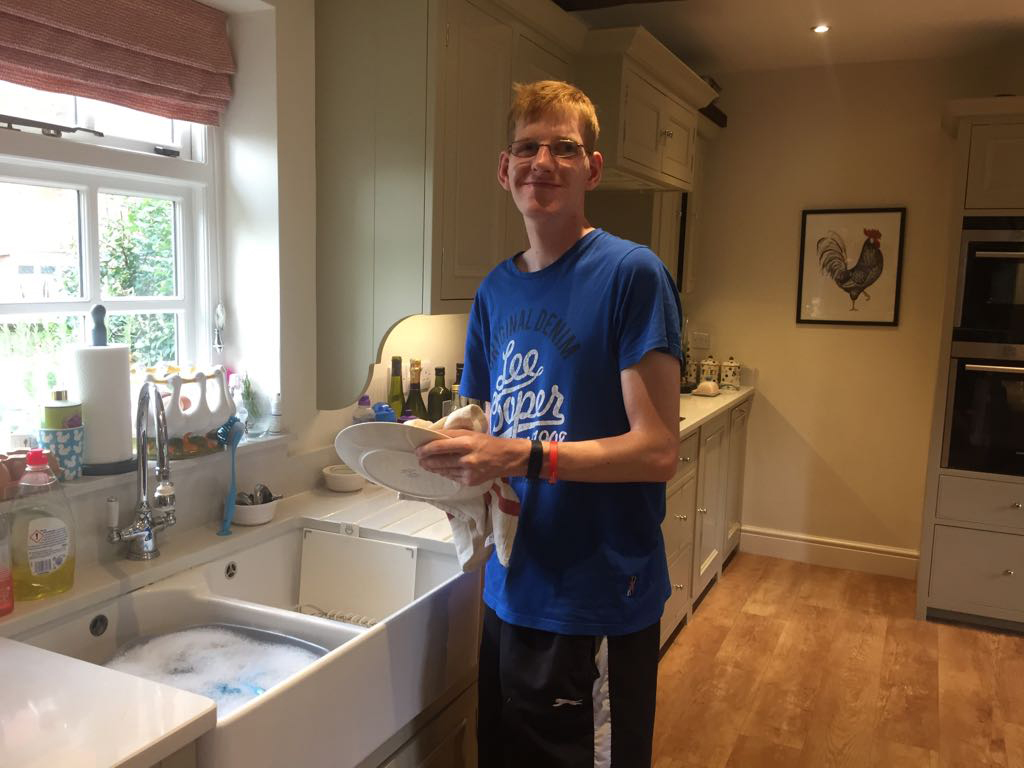 Sam is diagnosed with a learning disability and dyspraxia. When we met, Sam was finding it difficult without any support.

We supported Sam's Mum in contacting the local council to apply for funding. Once we were successful, Sam wanted the funding to attend respite and give Mum a needed break. Sam stayed with us at a respite location in Coton, where he was supported to develop daily routines, made new friends and participated in new activities.

During his stays at the respite house, Sam learned many independent living skills, e.g. cooking, using the BBQ and washing up. Sometimes he will stay for just one night and other times a whole weekend - Sam particularly love the games room! In addition, he spent some time attending events at Silverstone and is now exploring options to volunteer there. 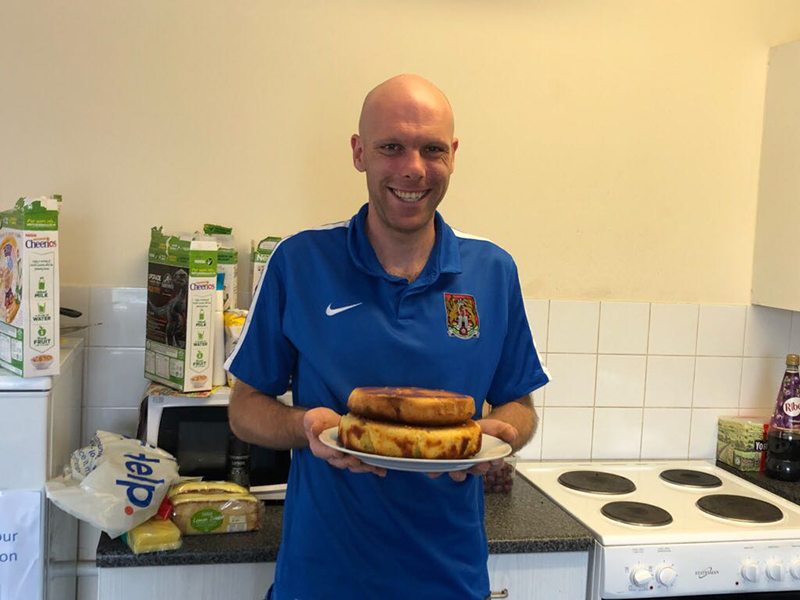 Leigh is diagnosed with autism and severe anxiety. When we met, Leigh had not worked for 5 years and was living in supported accommodation. He wanted to find paid employment, visit family in Cumbria after a 6 year gap, and become more independent in terms of living skills.

We supported Leigh to write a CV and completing job applications, practiced interview skills, attended meetings at the Job Centre and contacted employers on his behalf.

Leigh is now supported to attend a voluntary placement twice a week and is looking to attend this alone. He also engages in a paid role in retail for 9 hours every week. Leigh was supported to plan a trip to Cumbria, where he was chaperoned for 4 days visiting family, places of interest and days out. At home, Leigh started taking his medication at correct times with the use of assistive technology, he has a cleaning timetable, and now has an organised filing system to support him to pay his own bills and monitor upcoming appointments.

Leigh is also a huge Northampton Cobblers fan and was supported to attend matches on the supporter’s bus. He now attends matches alone, travelling to all the away games, and we are now exploring how to reduce his supported hours and allow him to become self-reliant. 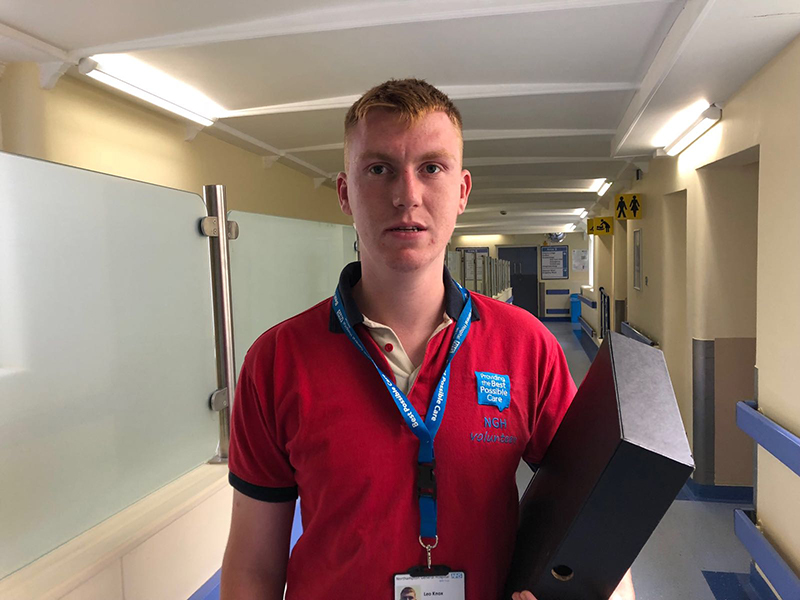 Leo has been diagnosed with a mild learning disability. When we met, Leo has just moved to the UK from Australia and didn’t know anyone. He wanted to find a voluntary job, learn how to get around using public transport, and make some new friends.

Emma (Head of Volunteer Services at NGH) said “the changes have been remarkable……increased confidence, motivation, and most importantly the desire to want to give something back and be part of Team NGH!”. We enabled Leo to become more independent, and once this was established, we were able to reduce his support hours and allow him to become less reliant on the service.